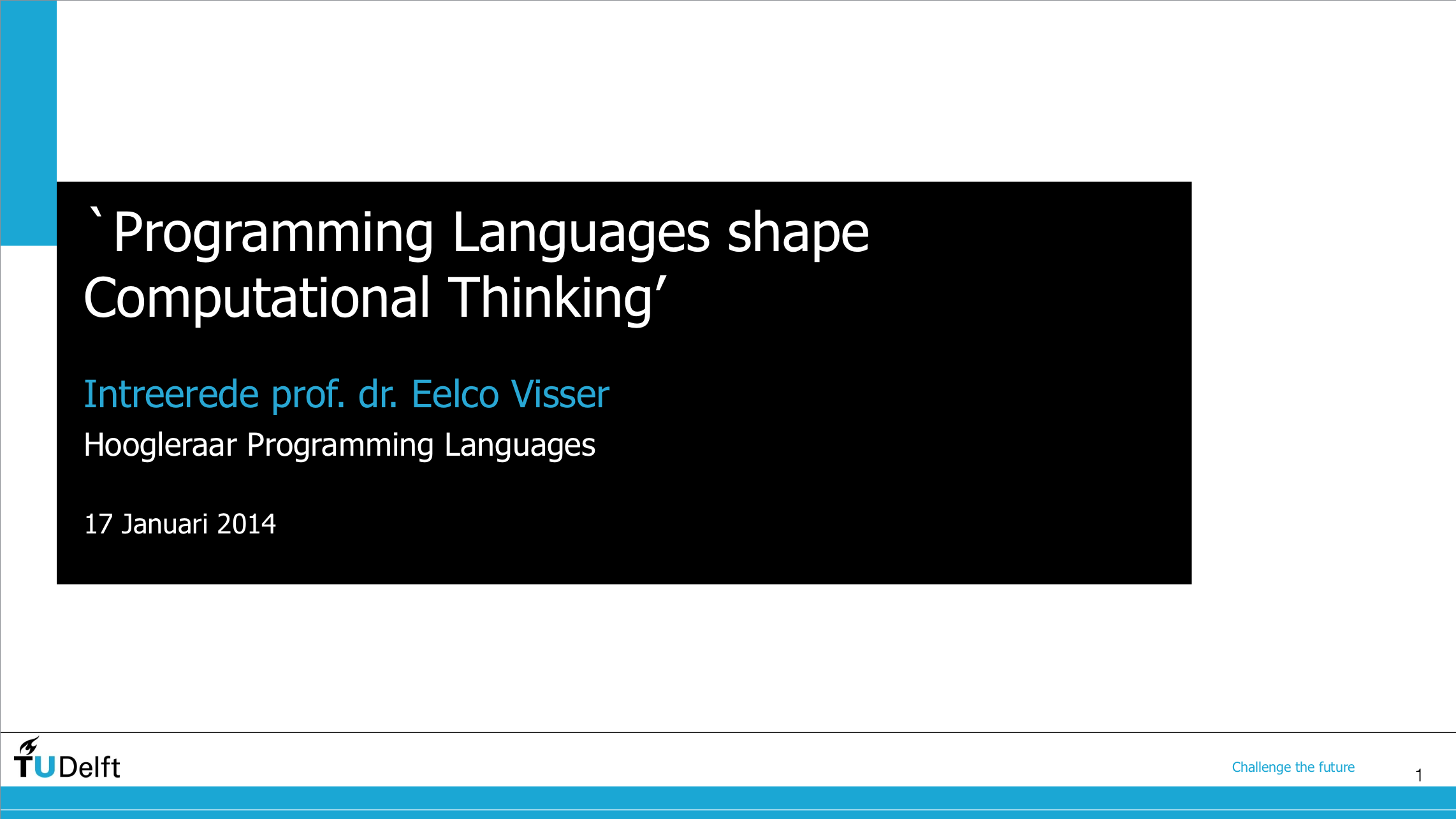 Bio: Eelco Visser is Antoni van Leeuwenhoek Professor of Computer Science at Delft University of Technology. He received a master’s and doctorate in computer science from the University of Amsterdam in 1993 and 1997, respectively. Previously he served as postdoc at the Oregon Graduate Institute, as Assistant Professor at Utrecht University, and as Associate Professor at TU Delft.

With his students he has designed and implemented the Spoofax language workbench, as well as many domain-specific languages, including DSLs for syntax definition (SDF), program transformation (Stratego), software deployment (Nix), web application development (WebDSL), and mobile phone applications (mobl). He is the lead developer of the researchr bibliography management system and the WebLab learning management system.